Where to next? – Rubrics – Asset Management 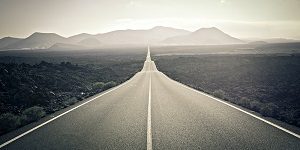 Bond markets are usually a reliable gauge of what’s really going on in the world. The recent flattening of the yield curve is indicating to many that global central banks have failed in their stated objective of reviving inflation. A spectacular failure in many ways given the addition of $22 trillion in global QE coupled with a decade of zero and even negative interest rates in most developed economies.

When you add to that, the fact that post-2008 fiscal stimulus in the US was more than the total combined packages of the previous hundred years, the economic recovery witnessed in the last decade looks fairly disappointing. Where the central banks have achieved success, and spectacularly so, is in reviving the markets appetite for risk. FANGS, high yield, Bitcoin etc have enjoyed an unprecedented ascent, which may now appear to have peaked just as central banks have begun to unwind some of their stimulus. The relationship between central bank activity and risk assets has been nothing short of symbiotic post 2008 – without this support risk assets look in real trouble.

We are left then with many questions.  Where does the global economy go from here? Was the uptick in global GDP witnessed in 2017 the peak? What happens to elevated market indices? If the macro picture deteriorates will we see further QE, more negative rates? Are we in a bigger mess now than we were in 2008? There are no simple answers anymore.

The cost/benefit equation of any monetary action looks tilted strongly to the downside. Zero rates and QE assuredly provided some cover during the immediate aftermath of the crisis, but as a tool to rebuild the economy in a healthy way they have failed miserably. However, they have contributed to a rise in inequality, a significant factor in the destabilising of the political centre in the developed world. A re-introduction of these policies might invoke an even more extreme political outcome down the line.

Asset prices will continue to ebb and flow with central bank intervention (in it various guises) – but the market should be left in no doubt that any such interventions will merely be buying time and ultimately contributing to a further mispricing of risk. As such, perhaps the relative impact of future central bank action will continue to diminish. We no longer understand the price clearing mechanism of the capital markets – what are the supply demand dynamics without central banks influence? Markets have been manipulated to such an extent by a failing economic ideology, the risks of something going wrong have never been higher.

We have spoken to many of our clients late last year about the impact of the sizeable stimulus packages unleashed on the global economy in 2016 and 2017. As with all stimulus packages once the withdrawal process begins the rot starts to set in once more. In the meantime, global debt levels across the board have continued to spiral. The more the central banks do, the more headwinds to growth they are in fact creating.

In 2012 Ben Bernanke spoke of his “100% confidence” in the Fed’s ability to control inflation. These words were very reminiscent of his complete confidence in 2007 that a country wide fall in house prices was not possible. It has been clear for some time that the inflationary/growth issues we are facing are structural and that it was highly unlikely short-term cyclical policy will alter its trajectory in any meaningful manner.

Only time will tell the true extent of the damage inflicted on the global economy by the misguided policies of the Greenspan disciples.  This is not to say we won’t see inflation again, but if we did it is highly likely to be the unhealthy kind (trade wars, supply shocks, currency debasement (UK) etc etc) and not the kind that central banks were envisaging on the back of their policies.

Where does that leave the most difficult of investment decisions right now – where do interest rates go from here? Traditionally at this stage of the cycle we would be looking at lengthening our duration profile, something which many of the indicators we have used over the last number of years would suggest.

In March longer dated Treasuries certainly reversed course somewhat and as inflation expectations have fallen rates have rallied. The biggest gains were in the Bond and Gilt markets – the problem here is that these are the markets where the biggest mispricings have occurred.

The fear of US twin deficits and Trumps’ trade wars have seen the market ignore fundamentals (capital risk with minimal upside) and look to UK/Europe as safe havens. By the end of the quarter Treasuries did start to catch a belated bid due to risk price volatility, however in spite of more compelling valuations and allied to the problems just mentioned, the spectre of some $1.8 trillion in Treasury issuance in 2019 must be a real concern. Who could possible buy all these bonds?

While fundamentals look to support yields currently, the impact of central banks intervention in terms of price manipulation, US government fiscal deficits and trade wars (with the largest foreign owner of treasuries) renders such trades far from risk free. In the short term quick money can be made from a technically oversold market but longer-term factors will re-assert themselves.

We called 2018 a transition year for the markets and indeed policy makers – who may well begin to doubt themselves. There are no easy answers for anyone including investors. Opportunities are starting to present themselves slowly and it is critical that one does not get sucked into foolish trades brought about by highly volatile and confused markets. We continue to believe 2018 will present great investment opportunities and amidst all the confusion going on elsewhere, this is the most important piece of clarity we hope to achieve.

For questions or any further details on Rubrics Asset Management, please visit our website or contact us at info@rubricsam.com.